Posted at 05:09h in Fisheries by admin 0 Comments
0 Likes 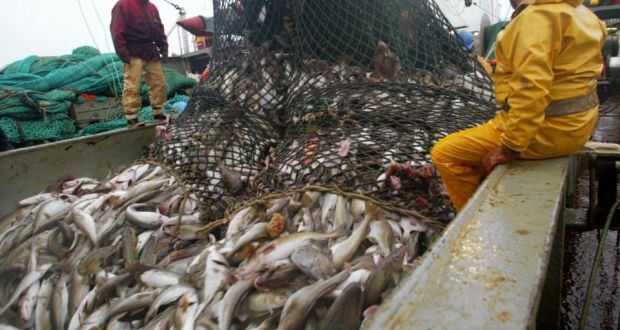 The Fishing Penalty Points System was introduced in Ireland in 2014 by means of a Statutory Instrument to implement the EU Points system into Irish Law. The EU Fisheries Control Regulation (Council Regulation (EC) No. 1224/2009 of 20 November 2009 as amended by Commission Implementing Regulation (EU) 2015/1962 of 28 October 2015) requires Member States to have in place legal provisions to implement a Points system for serious infringements of the EU Common Fisheries Policy. This EU Points system is applicable to all fishing vessels which fish in the Irish exclusive fisheries zone, whether they be Irish or Foreign flagged.

The Irish system provided for eventual suspension of fishing licences and ultimately for the complete withdrawal of a licence, for serious infringements by fishing vessel licence holders. The points system was targeting fishermen who were engaging in illegal, unreported or unregulated fishing and the sanctions imposed were dependent on how many points a vessel incurred.

This Statutory instrument was the subject of two High Court challenges and was struck down in January 2016 as the provisions were found to be unconstitutional.

One of the high court cases was brought by the licence-holder and the master of a West Cork trawler and represented by Harrington & Co Solicitors after it was detained by sea fisheries protection officers in Castletownbere, Co Cork in April 2015. The licence holder and his brother, the master of the vessel, brought the challenge after the fisheries protection authority refused a request to defer the enactment of the penalty points process for their boat’s licence.

This was in circumstances where a District Court prosecution against the Master of the Vessel for alleged under-recording of his catch was pending and could take two years to conclude. The brothers sought an injunction preventing implementation of the Domestic Points Regulations system introduced under the Common Fisheries Policy. They claimed the system went beyond the principles and policies of the relevant EU regulations for a number of reasons, including reversing the burden of proof onto the fisherman.

The judge made orders that the original statutory instrument was made outside the Minister’s power and was unconstitutional.

On March 1st, 2016 the Minister for Agriculture Food and the Marine signed a new penalty points system for fishermen into law ((S.I. No. 125/2016 European Union (Common Fisheries Policy) (Point System) Regulations 2016). The new amended legal instrument took on board, to the extent possible, issues of concern in relation to procedures and process which had been highlighted in the High Court Cases.

In bringing in this Statutory Instrument it was necessary to strike a balance between Ireland’s obligations under EU law with a system that gives licence holders a fair hearing, along with ample opportunity to deal with any issue a licence holder may have. This was done by setting up determination panels and a right to apply to an independent adjudicator thereafter if the licence holder is dissatisfied with a determination of the panel. This is an independent and robust system intended to achieve the objective of the common fisheries policy.

The objective of the Common Fisheries Policy is the conservation of fish stocks to secure the future of the fishing industry. The purpose of conservation of fish stocks is twofold. Firstly, as an end in itself to preserve the fishing resources for all and for future generations. Secondly, to reassure the majority of law abiding Irish fishermen fishing within the rules that the State is taking seriously their concerns that a fishing industry can be maintained for them and those coming after them. The conservation of this precious and valuable resource is in everyone’s interest and is vital for the future of the Irish fishing industry.

The replacement legal instrument (S.I. No. 125 of 2016 – European Union (Common Fisheries Policy) (Point System) Regulations 2016) adopts the requirements of Article 92 of Council Regulation(EC) No. 1224/2009 of 20 November 2009 and Title VIl of Commission Implementing Regulation (EU) No. 404/2011 of 8 April 2011. In accordance with the regulations this instrument establishes the required EU point system, with amended procedures and processes, which will apply to the Licence Holder of a sea-fishing boat when a serious infringement of the Common Fisheries Policy is detected within the Exclusive Fishery Limits of the State or for an Irish vessel, wherever it may be.

Differences Between Penalty Points and Prosecutions

Points are assigned to the licence holder. In the majority of cases the Licence Holder is a different person or legal entity to the person on the vessel who commits an offence and who will be prosecuted. Therefore there is no connection between the assignment of points and the prosecution by the Courts of offences under fishery law.

The EU regulations require that points be assigned from the date of the detection of the ‘serious infringement’. That requires that the procedures are sufficiently swift to be determined in as short a time as possible. Fishery prosecutions may take some considerable time before they are finally determined.

To await the outcome of a prosecution therefore would put Ireland in breach of EU law as this would result in considerable delay particularly as the assignment of points is separate to and not dependant on a conviction in the Courts and, as the licence holder (the person assigned the points) is generally not the person prosecuted.

The Sea Fisheries Protection Authority is determined as the competent authority for the administration of the points system including the establishment of the determination panel and the assignment of points.