The Impact of Brexit for Fisheries

Home > Fisheries  > The Impact of Brexit for Fisheries

01 Mar The Impact of Brexit for Fisheries

Posted at 05:13h in Fisheries by admin 0 Comments
0 Likes 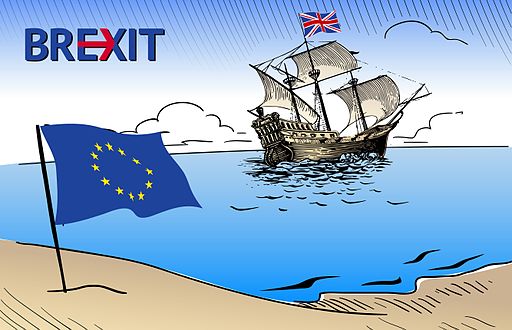 The decision by the UK to leave the EU has created a situation which, if not handled with the upmost care by the Irish authorities, could worsen Irelannd’s poistion. This country has not fared well in previous re-alignments under the Common Fisheries Policy (CFP). Access to fishing grounds, quota swaps, relative stability and the Hague Preferenes are at risk while the UK negotiates a withdrawal and a new trading relationship.

The resolution of issues regarding shared managment of fish stocks, shared fishing grounds, the future of reginal advisory councils, quota swaps, relative stability and the Hague Preferences are but a few of the topics which will create enormour difficulties in the near future.

Currently, each member state has full access outside the 12-mile (19km) territorial zone to a given area, provided they have quota to fish in that area. Post Brexit, the UK fishing industry wants exclusive access to its fishery zone for its own use, excluding foreign vessels.

Fleets from nine EU countries including France, Germany and Spain have recently banded together in a newly-created European Fisheries Alliance, formerly launched at the European Parliament, warning of steep losses if Brexit proceedings turn bitter. European fleets obtain one-third of their catch in the exclusive economic zone around the British Isles, and loss of access to those waters could cut their profits in half in the short term, according to the fishing alliance. In the long term, EU fleets could lose a combined 500 to 600 vessels if they were excluded from British waters, representing 15% of the total, and up to 3,000 fleet jobs. From 2011 to 2015, European fleets caught 700,000 tonnes of fish and seafood in British waters, valued at about €612 million (NAFC report January 2017).

It is likely that any extreme move by the UK would be a fundamental threat to the well-being of the Irish fishing industry. On average 36pc of Irish landings are taken from UK waters, however some 64pc of Ireland’s mackerel catch is taken in the UK zone, while 39pc of Ireland’s prawn catch is from the UK zone.

Post Brexit, UK fishermen will no longer have access to EU subsidies through the Common Agricultural Policy or the Common Fisheries Policy. This could give rise to demands for national support and post-Brexit there would be nothing to prevent the UK government from subsidising these sectors through State aid. This could have a negative impact on the competitiveness of Irish products in the UK, with consequent distortions to trade.

In the medium to long term, Brexit may remove the obligations on the UK to comply with the significant regulatory regime around the marine-sector, this could impact on the competitiveness of Irish products in the UK and distort trade.

Also, there are serious fears within the Irish industry about the impact of EU vessels, should they be expelled from British waters, opting to focus even more efforts on Ireland’s rich marine resource. The twin threats of access and quotas could lead to increased activity by other EU vessels in the waters around Ireland, threatening the long-term sustainability of our stocks.

British Prime Minister Theresa May is expected to announce within weeks that the UK will be pulling out of the 1964 London Convention, of which Ireland is also a member. The agreement allows European fishing vessels to access waters six to twelve nautical miles from British shores, and includes the voisinage arrangement, which allows countries to fish between 0-6 nautical miles on their neighbours’ shores. Although there is no provision in Irish law for voisinage, the Irish government has been progressing a controversial amendment through the Seanad to comply with those arrangements. But if Britain leaves the London Convention, and since fishing boundaries and quotas will be renegotiated as part of Brexit talks, there seems little point in rushing the bill through.

Benefits of Brexit for the Irish Fishing Industry

While it appears that there won’t be many benefits of Brexit for the Irish fishing industry some experts have said that the silver lining relates to mackerel. Currently, the Irish mackerel fleet is fishing around Shetland, as the migratory fish tend to be very far north when the season opens on January 1st. This fish will be landed into Norway, into Lerwick in the Shetlands or Peterhead in Scotland, with no return then to Ireland. If Britain pulls out of the Common Fisheries Policy (CFP), and there is no bilateral deal, these boats will have to wait until the mackerel shoal moves down towards the Donegal coast – and that means then landing into Irish ports, benefiting Irish factories.

However, large fishing companies in the northwest control most of the important mackerel quota, leaving just four per cent of caught quota shared between four factories in Ros-a-Mhíl, Co. Galway,  Dingle, Co Kerry, and Castletownbere and Baltimore in Co Cork.